WuoTai - the beauty of the dance gesture

Why do a Wuo Taï session?


To free mobility by balancing the centres of gravity as all structures move.
To increase the vascular-nervous exchanges and stabilize them.
Stretch and dance the musculoaponeurotic chains by linking and unlinking them.
To travel and to make oneself travel in the different levels of organisation of the structure.
Potentiate the interfaces of the living and the gesture.
Create a pivot of the great systems of exchange.
To awaken the gesture to its consciousness.
To become a tool in the awareness of oneself and the other. - To explore and apprehend man through his different levels of elaboration, in an original way, respecting the different cultures (yoga, osteopathy, acupuncture).


What does WUO TAÏ mean?

"Wùo" between "Wu" the circle and "Ou" pair or double.
"Taï" is as big as the outside.
Wuo Taï can therefore be translated as "Between two circles" or "Between the universe".
It is inspired by the combination of dance and osteopathy, which is why we also call this practice "osteo-dance".
It invites the mixture of elliptical movements in pairs, on the ground, at the border between the gestures of yesterday and today.
Wùo Taï brings suppleness, strength, agility, balance and also the magic of receiving what one gives.
This momentum of gestures and sharing spreads zenitude, enchantment, life force, self-respect at the source of the human being.

A desire to bridge the gap between his profession as an osteopath and the yoga he grew up with. A desire for everything to be based on movement, exploring both the mechanics and the meaning of movement, with the desire to practice this activity on the ground.

It is the fruit of many different practices, of trips to the four corners of the world and of meetings with rich and diverse characters.

A mishmash of old and new, Wuo Taï mixes cultures from China to the West, without any particular philosophical context.

Free of therapeutics at the beginning, the practitioner dimension was added later with the "fascial meridians".

Wuo Taï can be therapeutic without being a therapist, on the borderline between efficiency and well-being.
Based on an anatomical and embryological reality, Wuo Taï is based on the neutrality and freedom of the myriad tissues that make up our being. The construction of the sequences is based on systems that are both deterministic and random, on a framework of the I Ching that goes back to the dawn of Chinese civilisation.
It is situated between all the systems of the body of today and yesterday. It remains faithful to yoga, osteopathy and internal martial arts. It pushes the limits of the field of action of the two disciplines. It is the link between all known techniques and also the starting point and pivot of an adventure encompassing all that is and what is not... It opens the curves of the BEING.
All movement involves the fascias (support tissues) that carry all structures. We can therefore say that Wuo Taï allows us to work on the being through its supporting tissues, its organs, its functions.


The Wùo Taï is an aspiring creator of gestures, a toucher of rhythm as a field of experience, an awakener of the world of gestures.
The Wùo Taï is perhaps the circle of forgotten gestures.
It can become overwhelming around an immense range of movements. It is made progressively like a circle and turns its back on what we believe, what we know, what we want.
It is quite simply the living that moves, the living between oneself, the other and the rhythm. 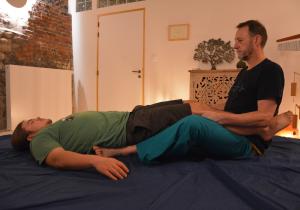 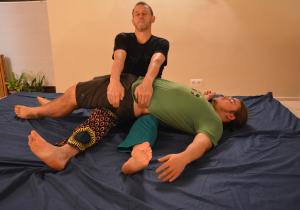 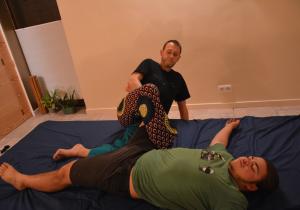 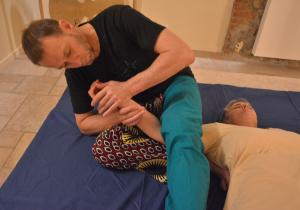 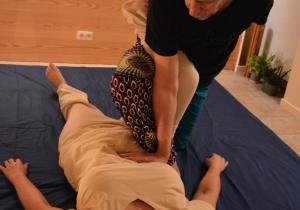 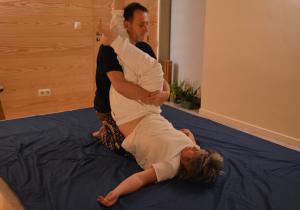